Design of commercial stands for Aciturri

During 2018, as part of our services for the Tier1 of aerostructures and aeroengines Aciturri, we carried out the design of several stands for the trade fairs in which our client participated.

In the aeronautical market, this kind of appointment represents a milestone of special relevance for business development, since it involves a socialization of the corporate discourse in a commercial process that is usually long.

In the case of Aciturri, is was an added challenge for the design of its spaces: the double role it holds in these exhibitions, as a supplier seeking new commercial agreements with the major aircraft manufacturers, and as a company in search of new suppliers to integrate to its supply chain.

There were four aeronautical fairs for which we designed the stands: In March, Aerospace and Defense Supplier Summit Seattle (ADSS) Seattle; in April, Innovation and Leadership in Aerospace (ILA) Berlin; In May, Aerospace & Defense Meetings (ADM) Seville; and Farnborough International Airshow in July.

From DOXmedia we work together with Aciturri to comprehensively conceive each space, designing the graphics that would integrate it, with ad-hoc messages, selecting the furniture and its layout, and creating plans and 3D elements that ensure the correct installation of each one of them.

One of the most relevant challenges was to graphically project the peaceful evolution of the brand.

Thus, the new colour range and the proposed typography were conditioning the visual environment of the new Aciturri evidencing, among other things, the two divisions of its business: Aerostructures and Aeroengines.

Both work and meeting spaces were conceptualized in such a way that intimacy and beauty commune.

Another complementary aspect was to have an exhibition space in which to contemplate the values and strengths of the company, as well as the programs under development. Finally, the corporate audiovisual, also made by DOXmedia, was projected on screens concluding a place of closeness and talent.

You can see a sample of the work done in our portfolio. 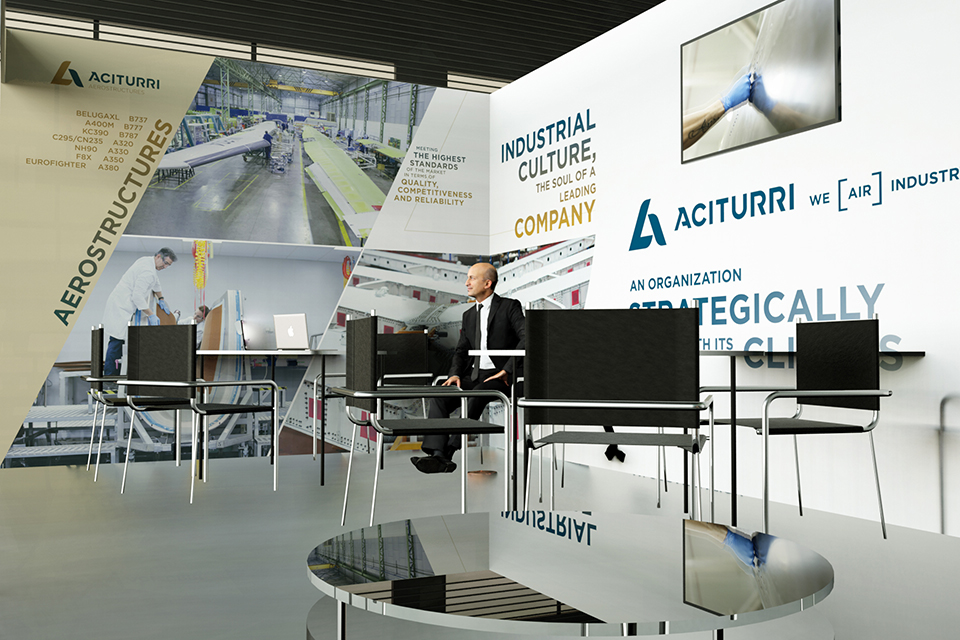 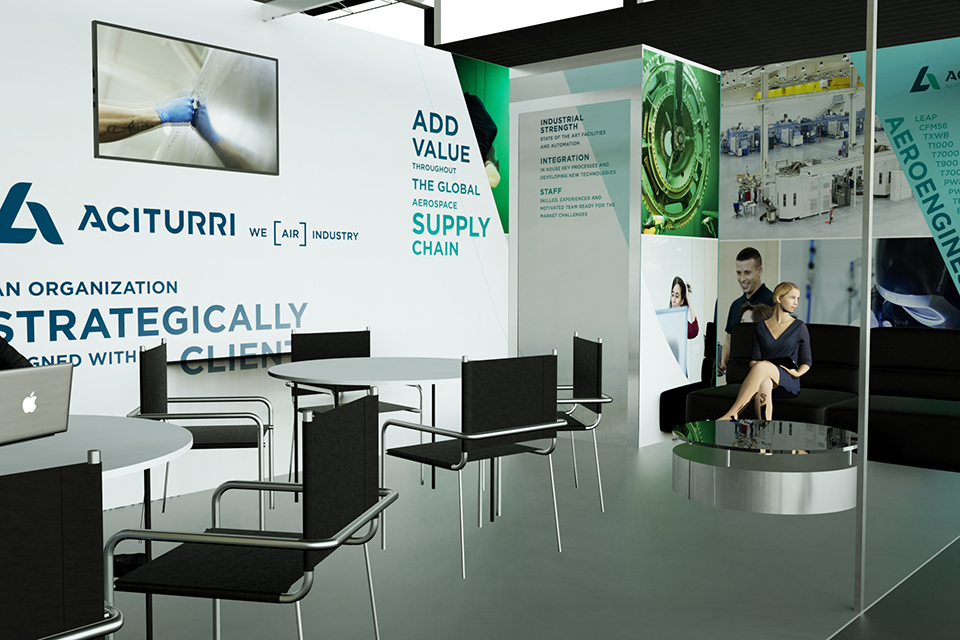 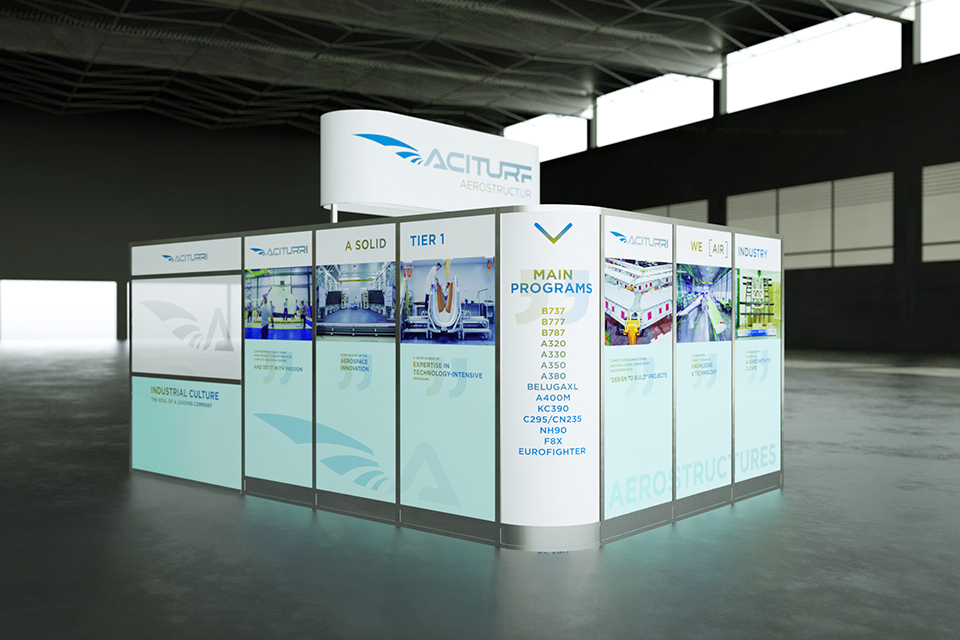