ADM Seville is the most relevant event in Spain for the aerospace industry. Held every two years in the Andalusian capital, the event offers a unique opportunity to professionals from the sector to show their skills and get in touch with new business partners.

In the last edition of 2016, Sofitec, one of the Spanish reference suppliers for some of the main OEMs and Tier 1s, entrust us the conception and design of its stand, where they would meet clients and potential partners for four days.

As well as for the other companies of the aerospace sector, this was a major event for Sofitec, but in its specific case of the Andalusian company was also the circumstance that it was one of the main sponsor of the fair, to which Sofitec has supported since its beginnings.

In DOXmedia we conceived the stand as an open space that could be a place for meeting, with the two areas that provide some privacy, and in which the audiovisual content, also created by us, had a prominent role.

Sofitec could thus not only have an appropriate workplace, but also emphasize its technological capacity, which had just expanded with its new facilities in Carmona.

Thanks to the selected location, we were able to generate a "social axis" in the stand, making it one of the main meeting points in the exhibition.

You can see the result in detail in our projects section. 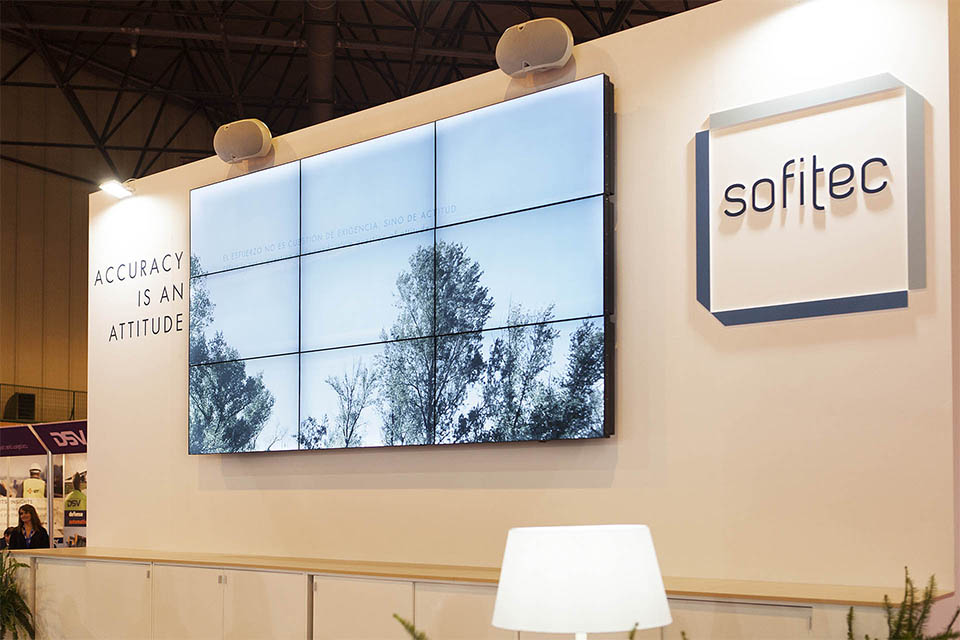 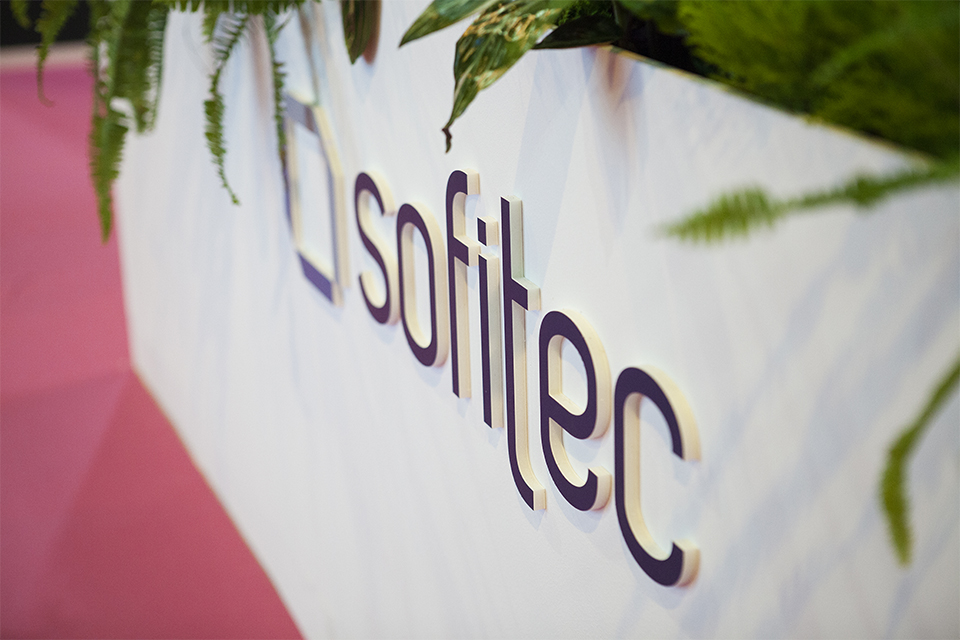 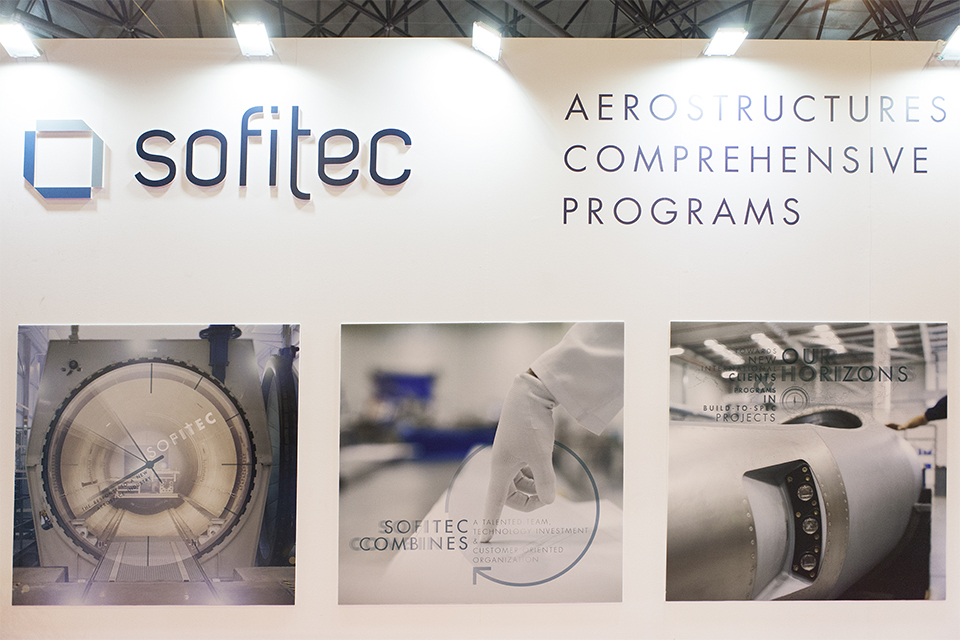